Red Bull BC One Cypher Northeast 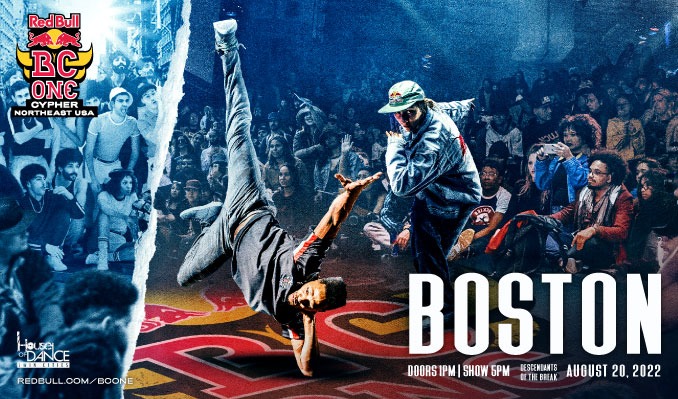 The world’s most prestigious, one-on-one breaking competition Red Bull BC One continues its 2022 U.S. cypher season in Cambridge on Saturday, August 20. The region’s top b-girls and b-boys will go head to head in 1v1 battles following a knockout bracket tournament where only one b-boy and one b-girl will be crowned the champion. The champion will then go on to compete at the National Finals in Los Angeles this September.

Thousands of b-boys and b-girls across the globe compete to earn their place in the biggest and most prestigious breaking competition in the world, Red Bull BC One!
Read More
*Service and handling fees are added to the price of each ticket.
Buy Tickets