You Rock School of Music 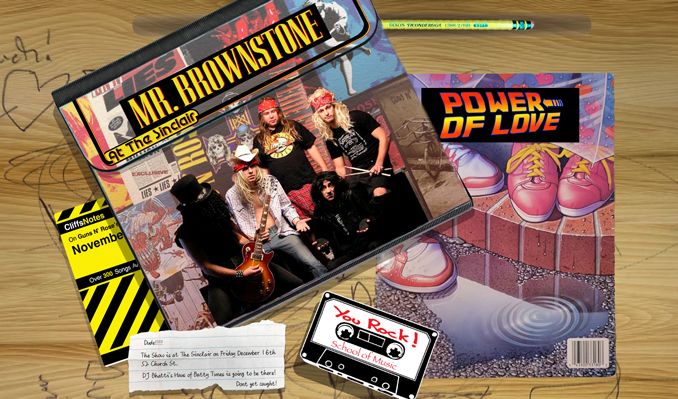 The only Guns n’ Roses tribute band to ever play national TV (Letterman) or a major festival (Bonnaroo) is reuniting for a final show: April 27 at the Sinclair in Cambridge, MA.

Stereogum hailed Mr. Brownstone as “the sloppiest, drunkest Guns N’ Roses cover band on this side of the Atlantic” and Gothamist featured the band’s notorious appearance on Letterman in a piece aptly titled “The Worst Band To Ever Play The Late Show With David Letterman": http://gothamist.com/2015/05/20/lettermans_worst_band.php (A video can be seen here: http://on.fb.me/YWwlK0). Apparently the piece is still so popular it permanently crashed the entire Gothamist/DNAinfo family of websites…

Over the past decade, despite all the debauchery (or because of it?), word spread and the band continued amassing fans. The band’s on-stage misadventures have included broken fingers, lost teeth, and once smashing a 1974 Guild guitar that didn’t belong to them. They claim to have never played a show without finishing a bottle of Jack Daniels on stage, and have never actually rehearsed.

For interview inquiries, or to obtain additional press materials for Mr. Brownstone, go fuck yourself.