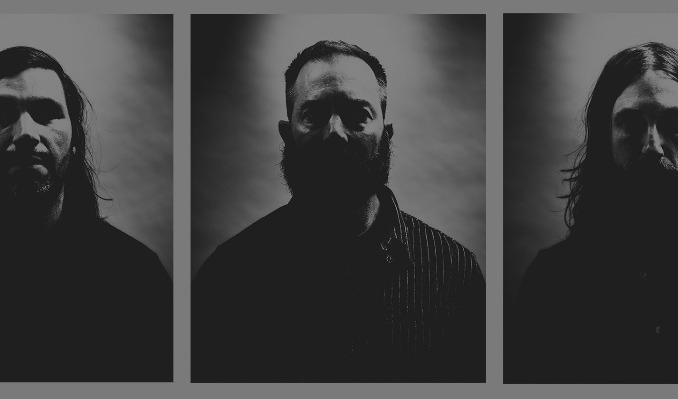 Across the span of their previous seven studio albums, Chicago-based instrumental trio Russian Circles traversed a diverse topography of sounds, moods, and approaches with their limited armory of drums, bass, and guitar. It’s difficult to chart an evolution in their sound when their records have always felt like well-curated playlists. It wasn’t uncommon to hear drone-heavy meditations, dazzling prog exercises, knuckle-dragging riff-fests, haunting folk ballads, and tension-baiting noise rock all within the span of one album. Still, it’s difficult to ignore the progression from the pensive and intricate melodies of Enter (2006) to the layered distorted dirges of Blood Year (2019). It’s been a gradual sonic shift owing to the band’s rigorous tour schedule and a predilection towards playing their more authoritative material on stage. But with their latest album, Gnosis, Russian Circles eschew the varied terrain of their past work and bulldoze a path through the most tumultuous and harrowing territory of their sound.

As was the case for so many artists in the age of COVID, the obstacles of geography and isolation forced Russian Circles to reevaluate their writing process. Rather than crafting songs out of fragmented ideas in the practice room, full songs were written and recorded independently before being shared with other members, so that their initial vision was retained. While these demos spanned the full breadth of the band’s varied styles, the more cinematic compositions were ultimately excised in favor of the physically cathartic pieces.

Gnosis was engineered and mixed by Kurt Ballou. Drums and bass were tracked at Electrical Audio in Chicago to maximize the natural room sounds of the rhythm section. Guitar and synth overdubs were conducted at God City in Salem, MA to take advantage of Ballou’s vast inventory of amps and effects pedals. Despite the entirety of the album being written remotely, the songs were recorded with the full band playing together to retain the live feel of the material. Owing to the climate of the times and a new writing method, Russian Circles created their most fuming and focused work to date—an album that favors the exorcism of two years’ worth of tension over the melancholy and restraint that often colored their past endeavors.

MySpaceOfficial WebsiteTwitterYouTubeFacebook
*Service and handling fees are added to the price of each ticket.
Buy Tickets