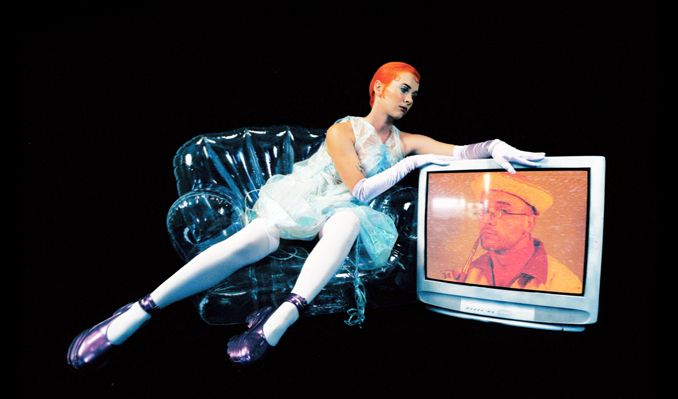 Multi-award winning brother-sister duo BROODS (Caleb and Georgia Nott) are one of the most celebrated young bands to emerge out of New Zealand in recent times. Announcing their arrival with glossy synth-pop ballads 'Bridges', 'Never Gonna Change' and their self-titled debut EP, they've gone on to release two full length albums and tour the world.

Over an ever-growing itinerary of performances across the US, UK, Canada, Australia, Asia and New Zealand, their sound and live show has become increasingly crucial. Along the way they’ve sold-out headline tours, and played major festivals such as Lollapalooza, Outside Lands, Groovin the Moo and Clockenflap, to name a few. They’ve shared stages with Ellie Goulding, Haim, CHVRCHES, Tove Lo, and supported breakout English pop star Sam Smith on his sold-out US tour.

In August 2014, things went white hot for them with the release of their Joel Little produced debut album Evergreen, debuting at #1 on the New Zealand Albums Chart, #5 on the Australian Albums Chart and top 50 in the US.

‘Bridges’ was nominated for the APRA AMCOS 2014 Silver Scroll Award, and they won Breakthrough Artist of the Year at the 2014 Vodafone New Zealand Music Awards. That particular title was to foretell their success at the 2015 awards, where they took out four accolades; including Best Group, Best Pop Album, Highest Radio Airplay for ‘Mother & Father’ and the coveted Album of the Year award.

After a period of writing for their next album, BROODS burst back on the scene on 1st April 2016 with their single ‘Free’. As an “anthem for the underdog”, ‘Free’ quickly achieved Most Added at Alternative Radio in the US, Most Added at Australian Radio, #1 on iTunes in New Zealand, top #10 on Spotify’s US Viral Chart and top #15 on Spotify’s Global Viral Chart. It currently sits at over 17 million plays worldwide and has gone Gold in Australia and New Zealand.

Their sophomore album CONSCIOUS was released on June 24th worldwide, holding the #1 spot on the NZ charts for four weeks, and debuting at #2 on the ARIA charts. Joel Little serves as Executive Producer on CONSCIOUS, and produced many of the tracks. Additional production is by BROODS,  Alex Hope, and Captain Cuts. The new album features a duet with Tove Lo and a song the band co-wrote with fellow New Zealander Lorde.

BROODS recently wrapped up their album tour which spanned across Australia, New Zealand and 23 dates across North America and Canada. They performed several songs live on MTV’s debut episode of ‘Wonderland’, supported Two Door Cinema Club on their North American tour in November, and are supporting Tove Lo on her March European tour. BROODS will also be performing at Coachella in April.

FacebookOfficial WebsiteTwitterYouTube
*Service and handling fees are added to the price of each ticket.
Buy Tickets