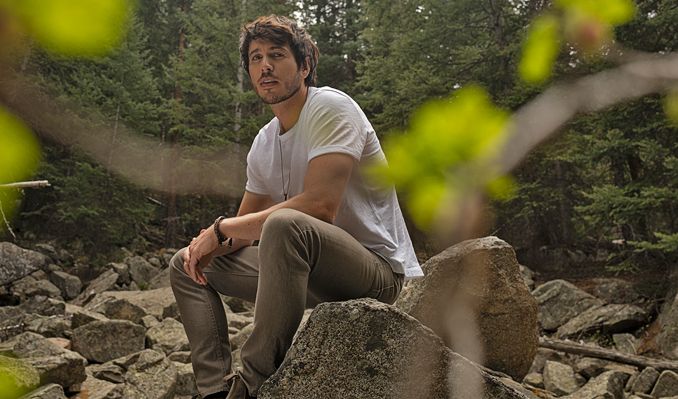 As he turned to his next musical chapter, Australian-born country phenom Morgan Evans found himself seeking connection – and now, he’s totally plugged in. He teamed up with award-winning producer Dann Huff and Jimmy Robins for his brand-new EP, Country and The Coast: Side A.  The lead single,  “Love Is Real” (Evans, Jordan Reynolds, Parker Welling) is currently climbing the country charts. Known for his dynamic live show, for the first time in his U.S. career, he has set aside his signature loop pedal to collaborate with a band of musicians. It builds from the foundation Evans created with his debut album Things That We Drink To, which arrived Top 10 on the Billboard Top Country Albums chart and features his Gold-certified No. 1 debut single “Kiss Somebody.” Named one of Country Radio Seminar’s New Faces of Country Music in 2020, Evans is among the genre’s most promising stars. He has been named a People “One To Watch,” a MusicRow “Next Big Thing” and to Bobby Bones’ “Class of 2018,” with additional recognition from CMT, SiriusXM, Pandora, Rolling Stone, Billboard, The Tennessean and more. Already established as a global country force, the entertainer has teamed up with Apple Music to showcase performers from all over the world on Country Wide Radio with Morgan Evans. He has toured with artists including Taylor Swift, Dan + Shay, Brett Eldredge, Cole Swindell, Old Dominion and Rascal Flatts in addition to sharing his own headlining show with sold-out audiences spanning eight countries across three continents.

FacebookMore InfoOfficial WebsiteTwitter
*Service and handling fees are added to the price of each ticket.
Get Tickets