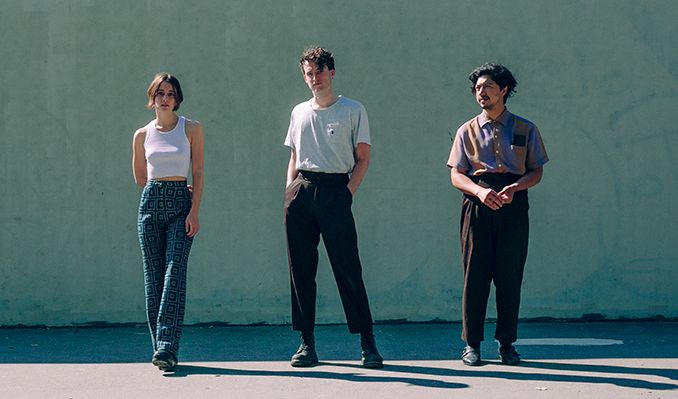 Nation of Language is a band from Brooklyn that was formed by Ian Richard Devaney after rediscovering the post punk and new wave bands that had soundtracked his early childhood.

The band enjoys doing their own visual design, and printing shirts and patches in a style that is in keeping with their love of unrefined simplicity. They’ve spent the last year self-booking tours across the continental United States to Europe and the UK, and released their first music video to accompany their second single, “I’ve Thought About Chicago”.

The band was recently named one of Stereogum’s Best New Bands of 2017, and “I’ve Thought About Chicago” was on Stereogum’s Favorite Songs of 2017 list. The blog also premiered the band’s most recent single, “Indignities”.

Their next single, “On Division St”, is set to be released in the early weeks of January, with more to come in the following months.

Official WebsiteFacebookMore InfoTwitterYouTube
*Service and handling fees are added to the price of each ticket.
Buy Tickets