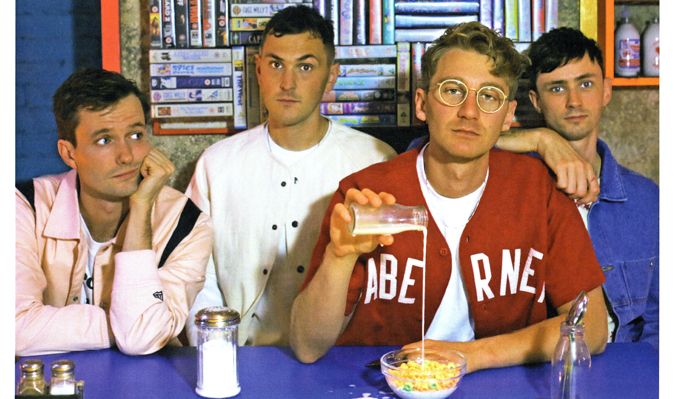 Every online ticket purchased includes one (1) physical CD copy of an upcoming Glass Animals project. You will receive an email with more details about this offer approximately 7 days after your purchase. US/Canadian residents only. Maximum of 8 redeemed per household. Offer not valid on resale tickets.

Tickets are NON-TRANSFERRABLE. This event is Will Call only. All guests must show ID when picking up their tickets. The name on the ID must match the name on the order. No exceptions will be made. The two (2) ticket limit for this show will be strictly enforced. Failure to adhere to the ticket limit will result in cancellation of your order.

Amassing over two billion global streams to date, British four-piece Glass Animals is led by singer, songwriter and producer Dave Bayley with his bandmates and childhood friends Joe Seaward, Ed Irwin-Singer and Drew MacFarlane. Their second album, How To Be A Human Being, was one of the most critically acclaimed and widely adored records of 2016. With praise from various press outlets, including Billboard, Pitchfork, The FADER, The Guardian, The Telegraph and more, it was nominated for the Mercury Prize Album Of The Year Award in 2017. Glass Animals also made appearances on Jimmy Kimmel Live!, The Late Show with David Letterman, Late Night with Seth Meyers and The Late Late Show with James Corden. As well as producing both of Glass Animals’ studio albums, ZABA and How To Be A Human Being, Dave has worked with a number of artists outside of the band, including 6lack, Khalid, Joey Bada$$, DJ Dahi, Flume and MorMor.
The band’s recent collaboration, “Tokyo Drifting” feat. Denzel Curry, a part of their Fresh Fruit series, has amassed over 17 million global streams to date and received widespread critical acclaim from Billboard, The FADER, HYPEBEAST, Genius, E! News, Consequence Of Sound, HotNewHipHop and many more, with Billboard proclaiming, “Glass Animals are back, and in case you were wondering: they’ve ‘still got it’” and E! News hailing the song as “a sign of good things to come.”
Glass Animals was also recently announced as part of the lineup of various upcoming U.S. festivals, including Bonnaroo, Okeechobee Music & Arts Festival, New Orleans’ BUKU Music & Art Project and more. Stay tuned for more news from Glass Animals!
Read More

FacebookMore InfoOfficial WebsiteYouTubeTwitter
*Service and handling fees are added to the price of each ticket.
Sold Out