Polaris (from The Adventures of Pete & Pete) 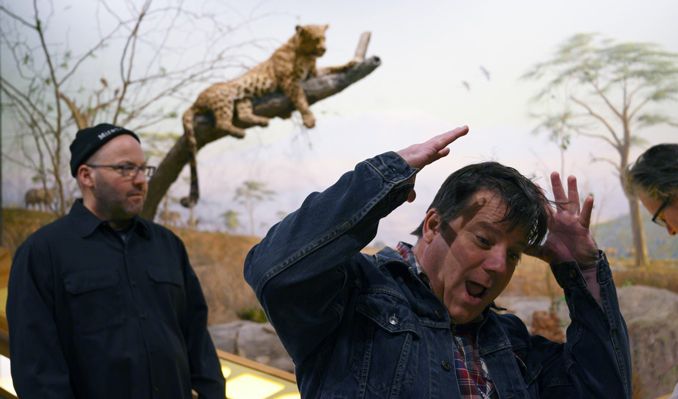 Please note: This show is open to all ages. Opening acts and set times are subject to change without notice. All sales are final unless a show is postponed or canceled. All bags larger than 12 inches x 12 inches, backpacks, professional cameras, video equipment, large bags, luggage and like articles are strictly prohibited from the venue. Please make sure necessary arrangements are made ahead of time. All patrons subject to search upon venue entry.

“The Band That Lives Inside Your TV” are back! Polaris, the house band from cult-classic Nickelodeon show The Adventures of Pete & Pete, are escaping from your childhood television set and busting out on a national tour for only the second time ever.
Polaris are Mark Mulcahy (Muggy), David McCaffrey (Jersey), and Scott Boutier (Harris). The three were longtime bandmates in underground favorite Miracle Legion, who’ve also reunited in recent years. Post-Polaris, Mulcahy went on to start an eclectic solo career, becoming one of the most celebrated and revered songwriters making records today. McCaffrey and Boutier played bass and drums together in several acts including Frank Black and the Catholics.
The “21st Century Tour” will find Muggy,Jersey & Harris venturing out to 14 US cities between May and August. They’ll bring a mix of Polaris and Miracle Legion songs, plus some surprises to the sets. These shows will be the first since the band’s highly successful “Waiting for October Tour” in 2014-15, a jaunt across the country that found a generation of now grown-up Nickelodeon fans singing along to every word. The joyful reunion tour culminated in the beautifully recorded and packaged Live at Lincoln Hall double album.
In addition to touring, Polaris’ hit vinyl record, Music from the Adventures of Pete & Pete, will be receiving a special reissue to mark the occasion. The release will be a deluxe vinyl package, including a CD of original demos dating between 1992-95, liner notes from Pete & Pete co-creator Will McRobb, and a complete album lyric sheet. It’s the ultimate edition of a record that Consequence of Sound called “a collection of songs that perfectly capture the confusion, whimsy, and wonder of adolescence.”
The “21st Century Tour” begins on May 14th in Pawtucket, RI, at The Met and wraps up on August 8th in Maquoketa, IA, at Codfish Hollow. Keep an eye out for additional dates and news from Mezzotint.com as more information becomes available.
Read More

FacebookTwitter
*Service and handling fees are added to the price of each ticket.
Buy Tickets