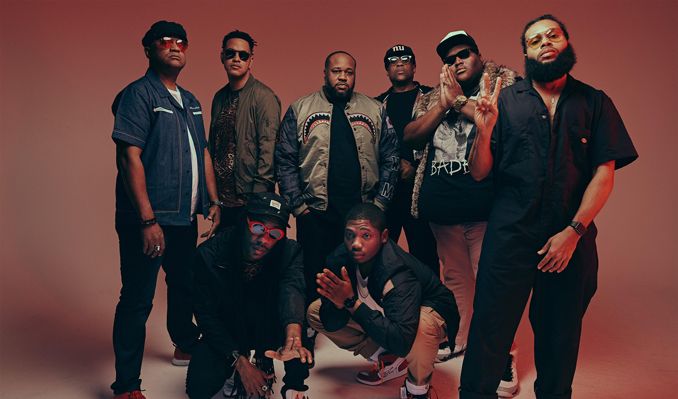 The Soul Rebels started with an idea – to expand upon the pop music they loved on the radio and the New Orleans brass tradition they grew up on. They took that tradition and blended funk and soul with elements of hip hop, jazz and rock. The band has settled on an eight-piece all-brass lineup and have built a career around an eclectic live show that harnesses the power of horns and drums in a deep pocket funk party-like atmosphere. When not touring, The Soul Rebels’ weekly show at New Orleans’ Le Bon Temps Roulé is known to erupt with the kind of contagious, shout-along musical mayhem that The Rebels bring with them wherever they perform.

The Soul Rebels continue to chart new territory as they combine topnotch musicianship and songs with grooves that celebrate dancing, life, funk and soul.

“The Soul Rebels are the missing link between Public Enemy and Louis Armstrong.” -VILLAGE VOICE

“Brace yourselves folks, these men are quickly solidifying themselves amongst NOLA’s proud big brass elite… and seem intent to sublimate the homogenoustones of the contemporary urban music landscape with the lush instrumentation of our culture’s root.” – OKAYPLAYER

“The Soul Rebels are rebelling against one, albeit detestable thing: starchy paint-bynumbers music.” – VIBE

FacebookOfficial WebsiteMore InfoTwitter
*Service and handling fees are added to the price of each ticket.
Cancelled